Erasmus had five sons amongst whom he divided his property. The fourth son called his farm (which was portioned off the land) Doringkloof. Daniel Elardus Erasmus, the fourth son, had three sons of his own. Two of these sons sold their part of the farm to the immigrant Alois Hugo Nellmapius. Later the Northern section of the farm was also sold to Nellmapius and it is on this section that our school was built.

The school was officially opened on 3 August 1978 with 530 learners, twenty-three teachers and two administrative staff members who supported the acting headmaster Mr. E Kuyper. Eight of the teachers were transferred from Irene Primary school and two form Louis Leipoldt. The rest of the staff came from all over the former Transvaal Province (Gauteng). The permanent Headmaster, Dr B J Opperman was appointed in 1979 and the school had 600 learners at the time. The sports fields and playgrounds developed rapidly under his supervision. He sadly passed away unexpectedly on 16 January 1982. Mr. J Barnard the Deputy Headmaster of Laerskool Swartkop acted as headmaster until Dr SP Viljoen was appointed as permanent headmaster in Jan 1983 at which time the school had grown to 760 learners.

In 1998 a new era and century approached and the school, moving with the times, changed into a parallel medium school. Dr Viljoen retired in 2006 and was succeeded by Mrs W Claassen, who is our current Principal. The school currently has more than 1200 learners.  In 2018 our school will be celebrating 40 years of existence!

If there are any other alumni who would like to send us their photos / stories please we would love to hear from you ! Please send to doriessgb@gmail.com 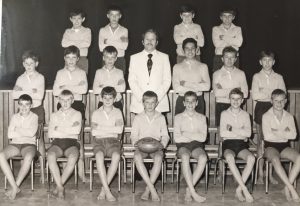 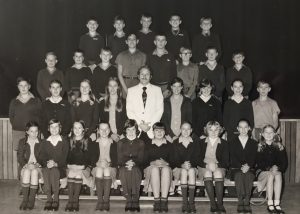 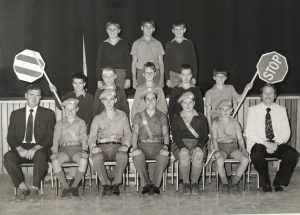